Approximately two months back I launched my first side project Self Taught Careers on this beautiful place called the World Wide Web. It was something that I wanted to do from a long time but always procrastinated just like my fellow earthlings do.

But one fine weekend it all changed and I was able to get my lazy ass up in order to put together this resource. I’m pretty glad how it turned out in the end along with the kind of feedback that I received from other people! So here is a story of how I built this side project within 48 hours and no code.

Inspiration behind creating this resource

In order to know about why I decided to create this resource, we have to go a little bit back in time. So I’m someone who is a self taught UI/UX Designer and doesn’t have a fancy design degree to my name. While making my transition from being a developer to a designer, I stumbled across stories of many people who were able to do the same by teaching themselves instead of going for a formal degree program. These stories proved to be a point of inspiration for me as people coming from different career backgrounds shared their journey of how they ended up doing something that they truly admire.

Although there were a lot of inspirational stories about people switching their career paths without having a formal degree, I felt like these stories were scattered all across the web and I couldn’t find a central resource/repository where I could access all of them in one go. I initially started by bookmarking all these stories so that I could go back and refer to them and that’s pretty much how the seed for STC’s idea was planted.

Self taught careers is a collection of stories from people all around the world who were able to make/switch their career path by teaching themselves rather than going for a formal degree program. This is to inspire anyone who is trying to make a living by doing what they love!

If you are someone who is looking to make that career transition by teaching yourself but don’t know where to begin, hopefully these stories will guide you with what you are looking for.

Building it in 48 hours

As discussed, I already had a bunch of stories bookmarked in my browser which were ready to be put together at one place, the only question was how to do it in the quickest way possible? That’s when Fruition came to the rescue! 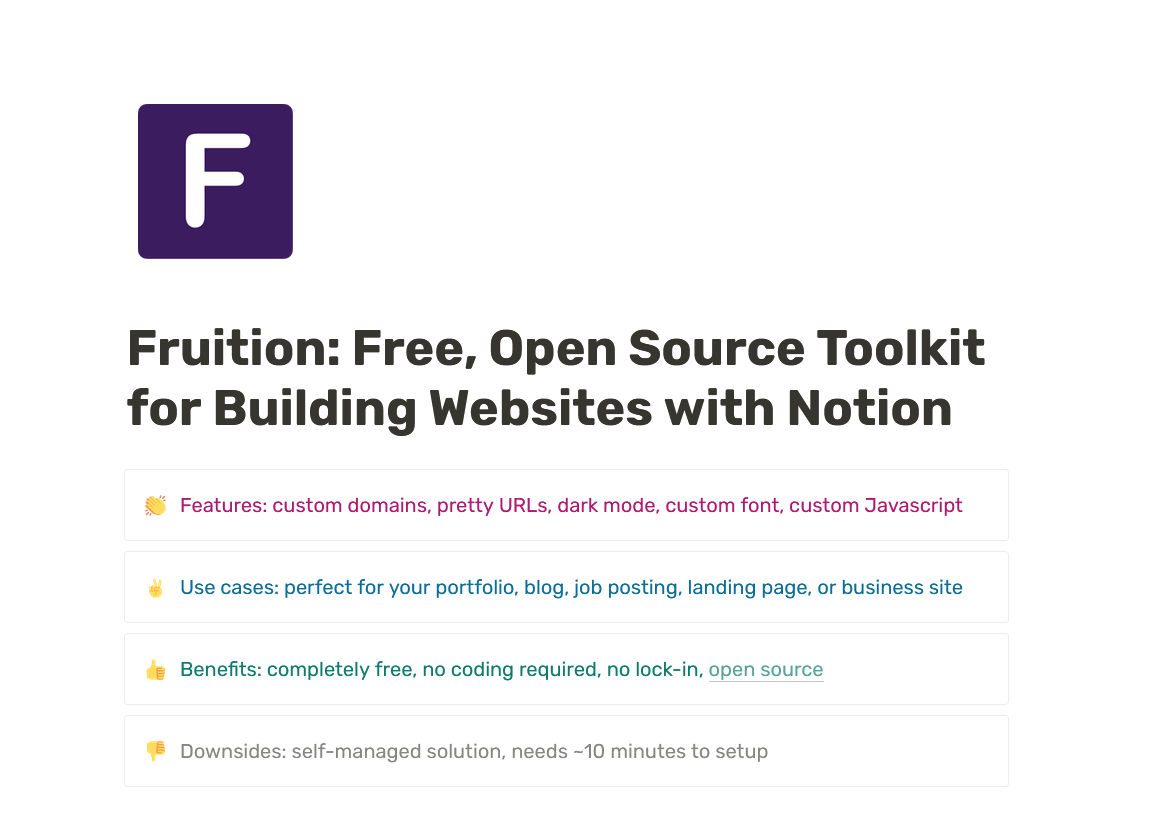 I had been using Notion for quite a while now and came across some of these portfolios out there that were leveraging the power of it in order to build a fully functional website. At first I kept wondering how is that even possible? But after doing a bit of research I landed on Fruition — an open source toolkit for building websites with Notion.

With the quickest solution selected, I just had to organize all the story links in the Notion document and basically segregate them into different sections based on a specific career path. 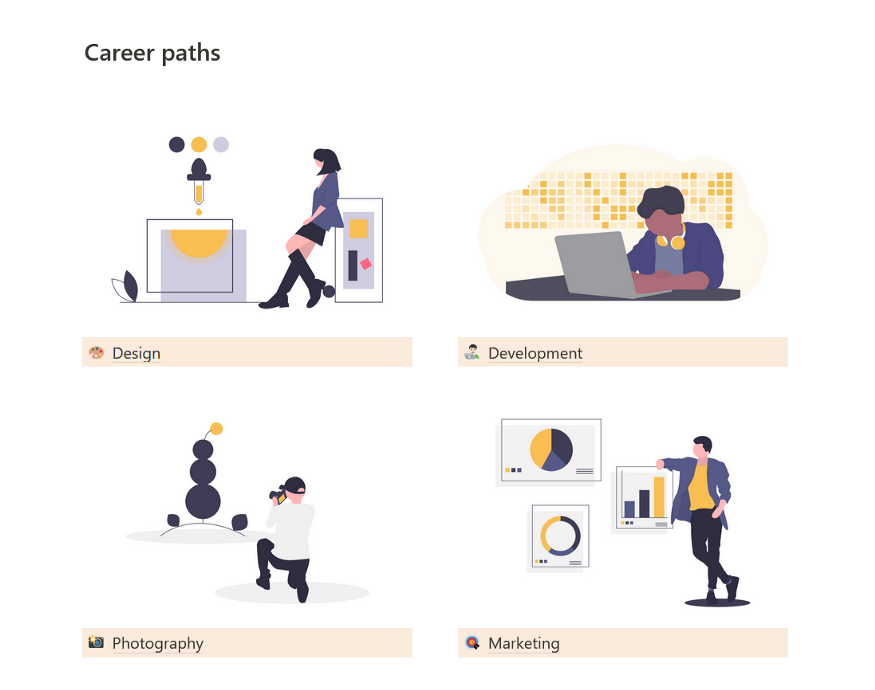 Remember I told you that this happened over a weekend? So Saturday is when I organized all the content and Sunday is when I linked my custom domain to the Notion document after going through the full step-by-step procedure that Fruition had on offer. Oh by the way if you are someone who hates reading documentation, here is a quick video that pretty much sums up the whole process.

After making sure that everything was working fine, I decided to submit this resource on Product Hunt and surprisingly it got featured on their community. Here is a list of some cool things that happened after the launch –

I’m glad by the support that I received for STC and it feels really amazing that the resource proved to be valuable for a small audience who knows about this. For the future I’m planning to expand this resource by adding more content and if you have a similar story or know someone regarding the same, feel free to share the story by filling up this form.